Get the Muscles - Buy LIFTS: Ultimate Pump Edition on DriveThruRPG

It is 2374. You are the Rockin' Exercise Federation’s finest expeditionary force – the Muscle Marines. Formed in the aftermath of an alien invasion of earth, you have been sent into deep space to find the home-world of humanity’s arch-enemy, the Zentlazi. Your mission is to defeat this vile foe, who even now seeks to destroy your command ship and recover the coordinates to earth, which they lost in the final battle when the REF destroyed the Zentlazi command ship. Once they find a path back to earth, the Zentlazi intend to end fitness forever and imprison everyone on plush couches. You must reconnoiter the Delt Quadrant for Brotoculture Artifacts that can bring and end to the conflict for once and for all.

Roboflex is a game for about five players (though you can play it with more or fewer). The strongest player is the Muscle Master, who runs the game, describing situations and people. Everyone else is a Muscle Marine. 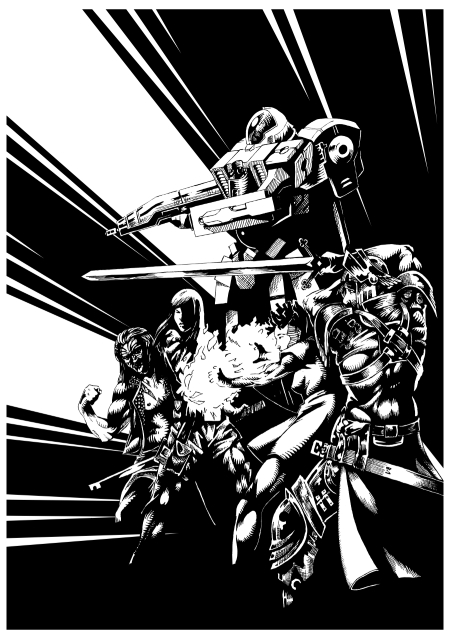